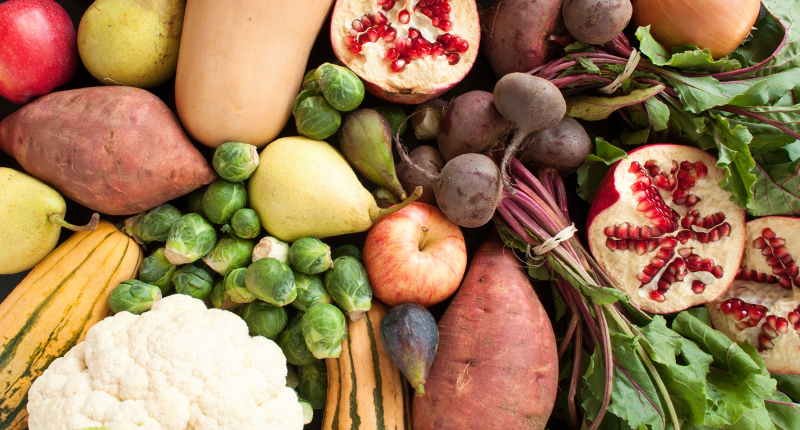 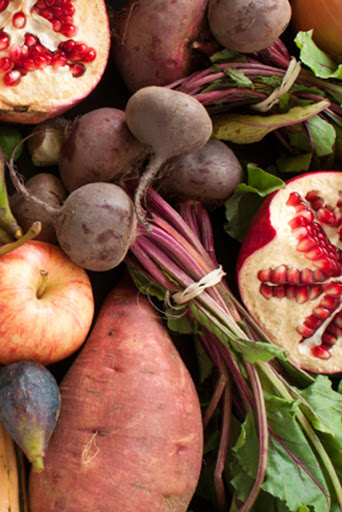 A new season is upon us, and that means new fruits and vegetables to enjoy while the weather changes and gears up for winter.

An easy indicator of what’s in season at your local grocery store is to see what’s on sale and what’s locally grown. Most grocery stores state where the food comes from next to the price. If you want to get the most nutritious and best tasting food, head to your nearest farmers market.

Wherever you choose to buy your fall produce this season, here’s a guide of in season, nutrient dense produce to use in your meals. Seasonality varies across the country, so do some research to check what’s growing in your area. Most of the fall fruits and vegetables below will continue to be in season into the winter. 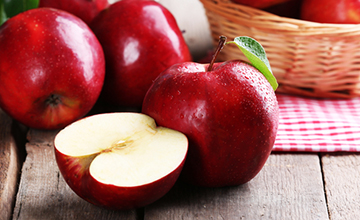 Apples: One of the quintessential fall fruits, apples burst on the scene in late September. Depending on the variety and your location, they could stick around into early winter. There are so many varieties of apples you can’t really go wrong. From red, to green, to pale yellows, each has a distinct texture, flavor and sweetness.

Try a few to see what you like. If you’re at the farmers market, ask the vendors to describe them, especially if they don’t offer samples. Apples are a good source of fiber and vitamin C, with the skin on. However because apples are very thin skinned, they’re prone to absorbing pesticides. If you can, buy organic, non-spray varieties whenever possible.

How to Enjoy: Apples can make a wonderful slaw by itself or tossed in a salad. Apple slices are great snacks, dip vehicles or as a base for an appetizer. Apple butters and sauces are great to make this time of year as well, and they can be used for baking, as a glaze, or to spread over some toast. Poached and roasted apples are a wonderful real food dessert, especially when doused with cinnamon and nutmeg. And of course, you can make a great pie with apples as well, with a crust that fits your diet.

Figs: Decadent, sweet, and fragile, figs come on to the scene in August and can run through to October or December, depending on the variety. There are several different kinds and colors of figs that are all unique in their sweetness. If you missed the fresh fig season in your area or they’re not grown by you, dried figs are an equally delicious option. Both fresh and dried figs are high in fiber.

How to Enjoy: Fresh figs can be enjoyed raw as a snack, sliced thin and added to salads, or wrapped in proscuitto as an appetizer. Figs can also be added into sauces or spread over a protein and roasted with it. Figs work well in tarts and baked goods as well. Dried figs can also work well in baked goods, sauces, and in salads. You can also cut up dried figs and add them into a homemade granola for a nice touch of sweetness. 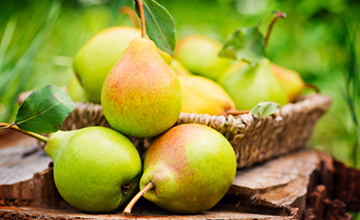 Pears: Pears of all colors and textures start to appear in August and are usually around through the end of winter. Some pears are meant to be eaten crunchy, while others are soft when ripe. Asian pears are often a soft tan color and are round rather than the popular teardrop pear shape.

Pears of all varieties are a good source of fiber, vitamin c and are high in water, which is good for hydration. Similar to apples, you should choose organic when you have the option to reduce pesticide exposure.

How to Enjoy: Pears are great raw and cooked. You can slice them and use them as a cracker replacement on an appetizer plate or in a salad or slaw. Pears are also wonderful poached and roasted as a dessert. They work well in tarts and baked goods as well.

Pomegranates: These deep red fruits arrive in September and are usually around until January. You enjoy the juicy pods inside rather than the white fibrous meat when you crack it open. The pods are called arils. You can crack a pomegranate open by lighting scoring it half way with a knife, then pulling it apart with your hands. Most people separate the pods from the white part by whacking the back side of the fruit with a spoon over a bowl, or by breaking it apart submerged in a bowl or water. The white parts will separate from the pods making it easy to scoop out. Pomegranate arils are high in fiber, vitamin C and K, a good source of folate and copper, and are high in their water content.

How to Enjoy: The juicy pods are great for sprinkling in salads, over soups, or a dessert. They’re great snacks as well. Their juice can be reduced into a wonderful sauce or glaze. Pomegranate juice can be tart, so you may need to mellow it out with water if you’re drinking or cooking with a lot of it. 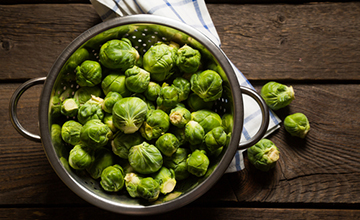 Brussels Sprouts: Brussels sprouts, the classic fall vegetable, come on the scene in September to and last until around February. These tiny cabbages are high in vitamin K and C and are a good source of vitamin A and folate. They’re also low in carbs, which is a good option for people eating a lower carb diet.

In addition to buying the sprouts loose, you can also buy them on a the stalk they’re grown on.

How to Enjoy: Brussels sprouts shine roasted, by themselves or with other vegetables. You can also finely slice them with a knife or mandoline and make a raw Brussels sprout slaw or salad. They work well in soups as an ingredient or pureed, as well as addition to any pasta, salad, or grain bowl. You can also separate them from their core and roast them into chips (similar to kale chips) and enjoy them as a snack.

Cauliflower: Cauliflower, the vegetable that’s getting it’s moment in the sun, is in season in September and rolls into the winter. Cauliflower is low in carbs, high in vitamin C and water content and is a good source vitamin K. Cauliflower comes in several different colors in addition to white. Depending on what’s grown in your area, you can find purple, yellow or green cauliflower.

How to Enjoy: Cauliflower is getting a lot of attention in the form of cauliflower rice, which you can make by pulsing it in a food processor. You can also buy it in it’s riced form in the frozen food section in a few grocery stores. Because of its neutral taste and small size when it’s riced, cauliflower is also a great add-in for smoothies. Cauliflower works well roasted as a side dish, in soups as an ingredient or pureed, and can also be pureed as a mashed potato swap. You can also slice the cauliflower in large slabs and roast that up as a vegetarian main with a sauce. 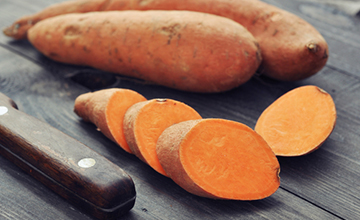 Sweet Potatoes: This colorful tuber is in full swing from October through December. Most sweet potatoes are orange or a light yellow on the inside. You can find Japanese varieties in a deep purple as well. Sweet potatoes are high in vitamin A, C and manganese. They’re also a good source of potassium, vitamin B6, and fiber.

Beets: Depending on where you live, beets can start towards the end of the summer and continue through to fall. They come in a variety of colors, from orange, golden, candy-striped, bright pink and the classic red. If you’re buying a bunch and they come with the leaves, don’t just throw those out! Beet greens are edible and highly nutritious as well. Treat them like you would any other greens. The beet root is high in folate and manganese. Beet greens are very high in vitamin K and A and are a good source for vitamin C, potassium, manganese and riboflavin.

How to Enjoy: Like sweet potatoes, beets work well sweet or savory. Roasted beet puree is a great add-in to baked goods and can be a wonderful natural food coloring for frosting. Beets are great as soup (also called borscht) and roasted as a side. Beets are also great as dips, either by themselves or mixed with other beans or vegetables. They work well in slaws or grated as a garnish. Beets can also be spiralized as noodles, like sweet potatoes. You can add the beet greens into any dish that calls for sauteed greens. They work well in soups, quiche, even as a pesto.

Pumpkin: Fall obviously means pumpkin patches and pumpkin pies. While the large carving pumpkins usually disappear after halloween, smaller “pie” pumpkins last through the fall and into the winter. Those pumpkins are more commonly used for cooking and baking instead of the larger varieties. Pumpkin is high in vitamin A and is a good source of vitamin C, fiber, potassium, riboflavin, copper, manganese.

How to Enjoy: There can be so much more to pumpkin than just the pie. You can make other baked goods with it, as well as waffles and pancakes. You can throw pumpkin into your slow cooker and make pumpkin butter. Pumpkin can be roasted and enjoyed as a side dish, added into a salad, stuffed into a pasta, and pureed and enjoyed as soup. You can also save the seeds and roast those up as a snack or topping on a salad or other dish. 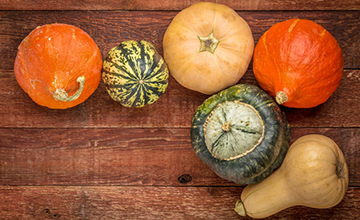 Winter Squashes: Winter squashes start to appear in September and will be around until late winter. There are lots of different varieties of winter squashes that include acorn, delicata, spaghetti, kabocha, carnival, butternut, and red kuri, just to name a few. Because of their waxy skins, they’ll last longer than summer squashes and don’t need to be refrigerated after being bought.

While the nutrition can vary from variety to variety, they’re generally high in vitamin A (which give them their color), fiber, and a smattering of B vitamins.

How to Enjoy: Whichever squash you choose to cook with, there are a lot of sweet and savory ways to enjoy them this season. All work great roasted, either in slices or just halved with the seeds scooped out. You can also cook squash halved in a slow cooker or pressure cooker. Squash is great as a side, in soups as an ingredient or puree, or as another mash potato swap. Squashes work great stuffed. You can make a filling of other vegetables, grains, beans, or ground meat (whatever works with your diet) and fill the squash with that and roast that. Squash is a hearty addition to curries. Squash puree is also a great addition to baked goods, waffles, pancakes, or as pasta fillings.

Start with one new cooking method or produce each week and see how you like them. As you get more comfortable, start adding in new methods or foods to your rotation. You can also make meal plans around what’s in season to insure you’re making the most of the season.

Enjoy these seasonal foods and the wonderful tastes and nutrition they have to offer.

Aimée Suen is a Nutritional Therapy Practitioner who shares nourishing, gluten-free recipes and nutrition wisdom at Small Eats. She is driven to help others enjoy whole foods and empower them to find their own healthy in all aspects of life, one small step at a time. When she’s not in the kitchen, she’s practicing yoga, in the gym, or learning something new. You can find Aimée on Instagram, Twitter and Pinterest. 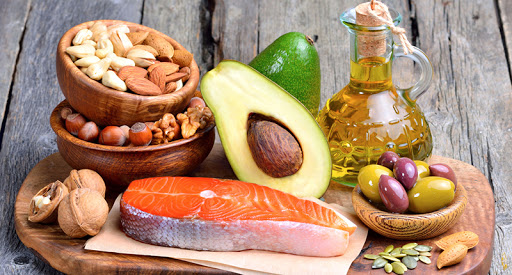 Don’t Be Afraid of Fat 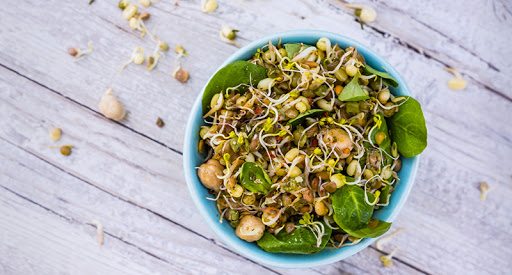 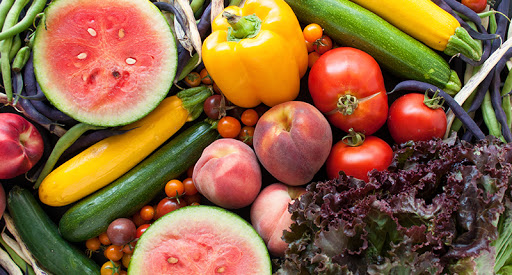 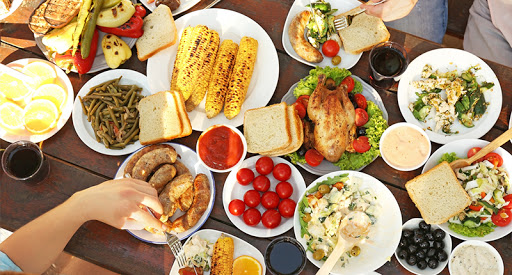 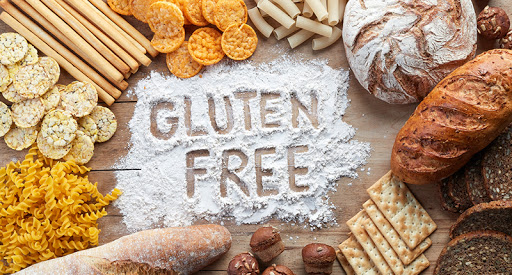 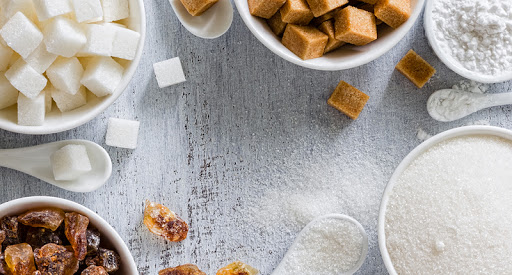 Sugar in Its Many Names