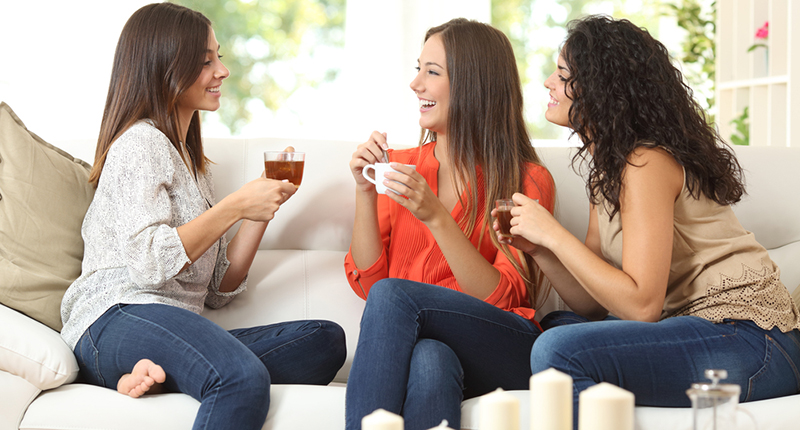 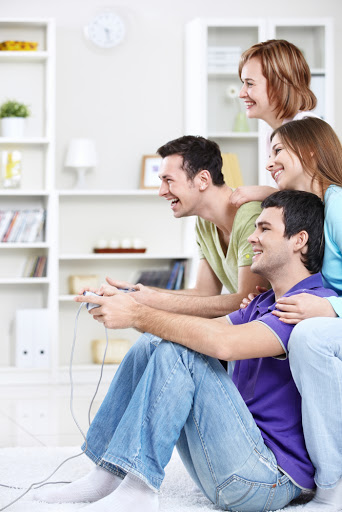 Happiness can be defined in a number of ways, and often the definition of happiness varies from person to person. Regardless of what you consider to be happiness, there are certainly feelings that apply to a broad range of people, such as a relief of stress and negativity, a feeling of appreciation or accomplishment, an increase in self-confidence, and a feeling of being at peace or feeling relaxed.

Different things make different people happy, but science has found that there are a number of ways humans can increase happiness overall. Here are five scientifically-backed ways you can make yourself feel happier when your stress level is too high.

Go Outside and Explore

After a long day in the office, there seems to be two ways people choose to decompress, and it has to do with the environment they put themselves in. While some want to do nothing more than go home and sit on the couch, others have the urge to sit outside or take a walk. When it comes to science, the latter group may be onto something.

Cities and urban settings seem so far removed from nature and this could be a reason why people living in cities may not feel as happy as others. Spending time in nature is more than just a practice of appreciating the world around us, but is actually a significant tool at creating a feeling of happiness and contentment. 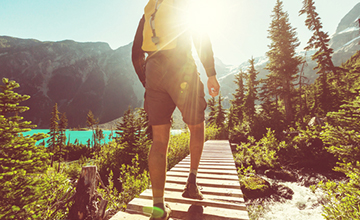 There are two ways spending time outdoors boosts happiness - exposure to nature and exposure to the sun. While it can't exactly be explained, there seems to be a connection between humans and the natural world. Numerous studies have been done that show spending time outside is beneficial.

This study is one example of how people who simply moved to a more green area experienced more positive mental health.

Sunlight is a huge factor in how the outdoors makes people feel happier. Studies done on those with depression, show time and time again that safe sunlight exposure increases blood flow to the brain and allows the body to absorb more vitamin D. Seasonal Affective Disorder, or SAD, is a common mental health disorder that occurs in about 5% of the population in winter and is often sparked by a lack of sunlight.

Even just 15 minutes of time spent in the sunlight is good for body, mind, and spirit. Try to get outside more often and into nature, whether that’s a hike in the mountains or some quiet time spent sitting in the grass at your local park.

Happiness, or a lack of, is often considered a mental issue but the health of your physical body is just as vital to the equation. Taking care of your body has a huge impact on your mental health and the happiness you could be feeling.

There are a few reasons why we can assume exercise increases happiness. First off, there is scientific proof that there is a strong correlation between enthusiasm and feelings of excitement and exercise. The Journal of Sport & Exercise Psychology found that the more active study participants were, the more pleasant emotions they experienced. Another study done by the Journal of Psychiatric and Mental Health Nursing found similar results, with participants showing significantly increased positive feelings and happiness.

It can also be assumed that regular exercise helps with happiness by combating stress, as shown by these findings. Reducing stress is a huge factor when it comes to promoting happiness. 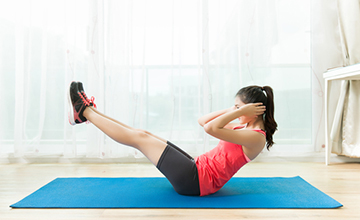 Knowing you are taking care of your body and improving your physique often brings positive emotions. Those that experience anxiety-related stress may also find that working out their body reduces anxiety and brings them back to reality by getting involved in a physical experience.

It's no surprise that those that practice meditation on a regular basis seem to be more adaptable, peaceful, and happy. A simple search on meditation and happiness will yield thousands of results urging people to try meditation as a means of feeling mentally better.

One study published by the PNAS showed that long-time practitioners of meditation were able to achieve incredible high gamma waves when meditating during brain scans. Another study done back in the late '90s showed very promising results with how the addition of meditation to their programme significantly improved participants' happiness.

While meditation hasn't been studied scientifically as much as it should be, it seems as though more and more health authorities that deal with mental well-being believe in the power of daily practice. As people realize that meditation doesn't have to be a religious or spiritual experience, but rather an exercise of clearing the mind anyone can benefit from, the greater the number of people want to harness its power for themselves.

Those new to meditation can find numerous helpful links online. There are many types of meditation so experimenting to find what works best for you is a good idea. Following a guided meditation routine that focuses on a happiness is a great place to start. 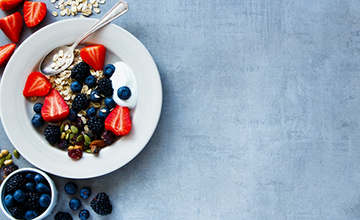 In the same vein as exercising to increase happiness, eating better also is an important factor. Also similarly to exercising, the act of acknowledging that you are taking care of your body by fueling it with a clean diet is very rewarding. While many people consider themselves "foodies" or find happiness in eating less-than-healthy foods, science is on the side of eating cleaner to feel happier.

A paper published by the University of Warwick found that their participants experienced a significant increase in happiness and other positive emotions when they consumed 7 to 8 servings of fresh fruits and vegetables on a daily basis. Typically this increase in happy and positivity was maintained until servings reached below 5 per day. It was clear in this study that the higher the amount of fresh produce consumed, the happier the person.

Eating a clean diet and focusing on whole foods is obviously physically beneficial, which also plays a part in happiness. People that fuel their bodies with healthy food have more energy, clearer skin, healthier hair, better focus and memory, just to name a few. As some of the other factors in this article show, there is a strong correlation between improving physical health and mental positivity increasing simultaneously.

Surround Yourself with Happy People

One of the best pieces of life advice is to surround yourself with those you admire and that inspire you. This couldn't be more true when it comes to cultivating more happiness in your own life. The type of people you spend time with has an affect on your own feelings, so placing yourself around people that are happy is key.

An extensive study done over the course of 20 years by researchers at Harvard Medical School and the University of California, San Diego, proved that happiness has a waterfall effect over social circles. 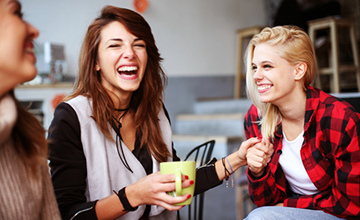 The results concluded that one person's happiness creates a trickle of happiness throughout the people that person is friend's with, and his friend's friends, and can have a positive effect for up to a year. This chain reaction is incredible to consider but flawlessly proves that surrounding yourself with happy people spreads happiness all around.

While you might not want to cut out negative people from your life, spending less time with them if you're going through a tough period in your life and putting effort into staying around positive people will boost your happiness.

Finding happiness in life may feel like a struggle sometimes, but the key is to really make an effort to find happiness and relaxation on a daily basis. Many people lead such busy lives caught between school, work, family and personal hobbies that living in a stressful state constantly feels normal. Consistent stress without a let down is toxic to the body, physically and mentally.

Rather than focusing on the negative and allowing it to take over, change your focus to the positive aspects of your life. The five tricks featured here are just the tip of the iceberg when it comes to proven ways of promoting and sustaining more happiness in your daily life. 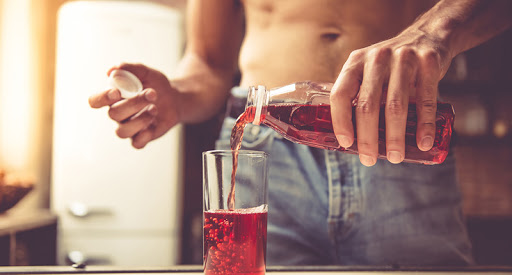 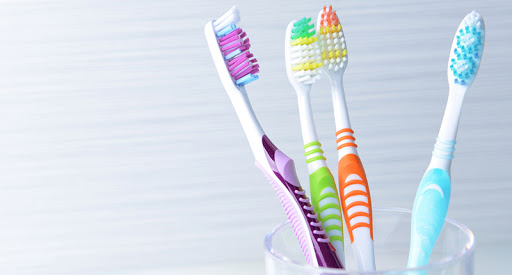 Is It Time To Replace Your Toothbrush? 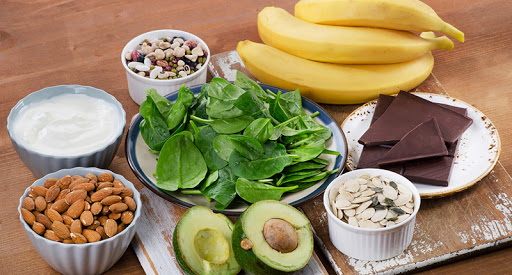 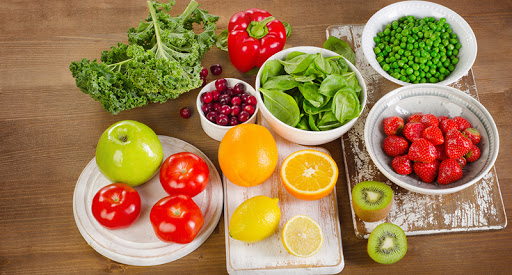 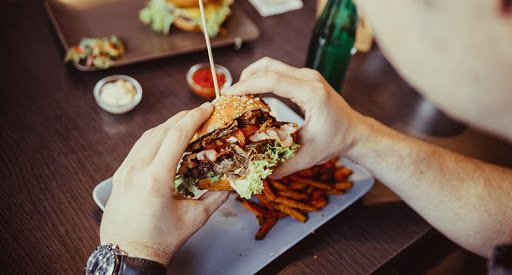 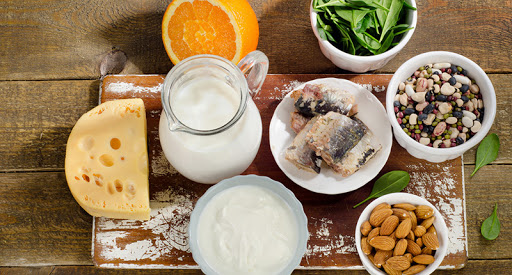